Over twenty years ago, I represented 3 clients in a high profile fair housing case in Madison that became known as the drive by landlord case because the landlord would drive by to look at the race of prospective tenants and refuse to rent to African American tenants under a pretext. Although we lost the trial in front of an all white jury, I learned recently that one of my clients, Tomika Gray-Vukovic, was inspired by our battle for justice despite the loss.

I had not seen or heard from Tomika in many years, but fortunately met her recently when Sen. Bernie Sanders came to Madison in October to campaign for Russ Feingold and Hillary Clinton. Tomika was working for Russ Feingold’s campaign at the time and recognized me when I entered the building. She greeted me with a big smile and reintroduced herself and let me know that her housing discrimination lawsuit inspired her to make a career out of progressive social change. 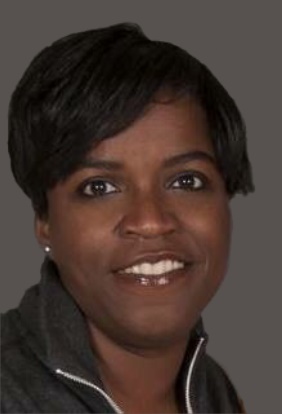 Shortly after Tomika and her family moved to Glendale, she made a point of getting involved in the public schools. Due to her involvement, she was asked to run for the Glendale-River Hills School Board and was elected in April 2016. She loves working to make sure that the children of her community have the best public schools that can be provided for them.

Tomika was also approached to serve on the city’s Planning Commission. With a background in accounting, she brings a business perspective, as well as the perspective of a parent, progressive, and experienced community advocate to the Commission. She is committed to a vision of continued sensible and planned growth in her community. She wants to continue successful economic growth by developing relationships with new businesses and connecting them with numerous vacant property development opportunities.

Her involvement in the schools and in city government has opened her eyes as to how things operate, and how she thinks they should operate. She has noticed that many of Glendale’s alders are unknown to community members because they are not seen out in the community. She wonders how can they know what the community wants if citizens do not know them. This is what has propelled  Tomika to run for a seat on the Glendale city council.

Tomika has taken very seriously President Obama’s admonition to “pick up a clipboard and run for office.” In truth, however, Tomika was one step ahead of the President as she had already committed to run for the city council (in addition to her school board seat) before President Obama gave his farewell address.

When one is engaged in progressive systems change, there are many obstacles. It simply is not for the faint hearted. Losing battles will happen regularly. How those who desire to make this world a better place respond to such losses reveals whether one has the stamina and fortitude to stick with it and achieve positive outcomes eventually. Tomika is a shining example of how losing a civil rights battle propelled her into the fray instead of scaring her away. I am thrilled to see the great work she is doing and I am honored to have had a small role in helping her on her way. I look forward to seeing what she accomplishes in the years to come as she clearly has a very bright future.

For more information on how I can help you accomplish effective, progressive systems change contact Jeff Spitzer-Resnick by visiting his website: Systems Change Consulting.