I grew up in an observant Jewish home where we kept kosher. While I no longer keep kosher, I still strongly identify as a Jew as evidenced by being a founding member and President of my synagogue, Congregation Shaarei Shamayim.

Our son, Josh, has been studying Arabic since high school, as he rightly believes that peace between Israelis and Palestinians cannot happen if they cannot speak to each other and he hopes to play some small part in bridging that divide. He spent his first two years of college in Israel, studying at the Technion, in Haifa, where he studied engineering, as well as Hebrew and Arabic. He also had Palestinian roommates from East Jerusalem. After two years of studying there, he transferred to the University of Minnesota, where he continued to study Arabic. For the past two summers, he has engaged in intensive Arabic studies in Amman, Jordan.

This past summer, while in Jordan, Josh sent a message to my wife, Sheryl, asking if she “could buy and cook Halal meat” in Madison. This was a very strange message from our son, given that he has been a strict vegetarian since he was six year old. It also seemed strange that if he was going to start eating meat after all these years, why would it need to be Halal meat? So, after my wife showed me the message and we discussed how to respond, she replied by asking if he was starting to eat meat, and if so, why it had to be Halal meat?

Josh responded by sending a picture of him along with a beautiful young woman, who was wearing a hijab. They both looked very happy, but since it was unclear what their relationship was, we asked. After some back and forth, it finally became clear that he was involved in his first serious relationship with a woman, who happened to be an observant Muslim who only eats Halal meat. Josh clarified that he was still a vegetarian. He also let us know that his new friend was a fellow student at the University of Minnesota, so they planned to continue their relationship after they returned from Jordan.

As it turns out, his new friend is not of Arabic descent and did not grow up speaking Arabic. So, she was seeking to improve her Arabic by studying in the same program as Josh.

When Josh returned from Jordan, we brought him back to school in Minneapolis and arranged to have dinner with him and his new friend. It was a pleasure to meet her and they seemed very happy together. Two weeks later, we returned to Minneapolis because her mother was visiting and we had the pleasure of meeting her mother when we all went out to dinner together.

This past Thanksgiving, we drove down to St. Louis to visit my in-laws. Josh and his new friend flew down from Minneapolis to join us. Beforehand, I had done some scouting in Madison to find out where we could buy Halal meat. I found two locations not far from our home, one of which sells African goods, and another sells Indian-Pakistani goods. So, before Thanksgiving, my wife and I bought some chicken and lamb at both stores so we could cook it for Josh’s friend to help her feel more at home when she visited St. Louis.

Since it was our first time buying Halal meat, we had some questions for the shopkeepers and we told them the story of why we were buying Halal meat. We also showed them a picture of Josh with his friend. (I am not including her name or picture in this post out of respect for her desire to protect her privacy on the Internet). Both shopkeepers lit up with a smile and graciously showed us the types of Halal meat they had, which included chicken, lamb and goat. Since we had never cooked goat, we bought a whole chicken, as well as a cut up chicken, and some pieces of lamb. While we were shopping, I also bought an African CD at the African & American shop, and we bought a few other food items at the Maharaja grocery. These shops are just a couple of examples of how diverse Madison has become. 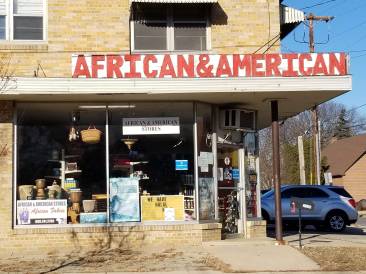 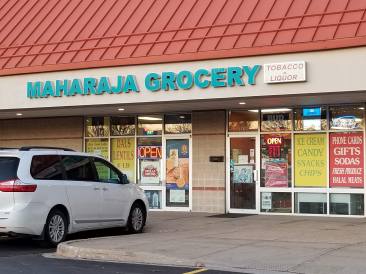 Since Thanksgiving was held at my sister and brother-in-law’s home where they keep kosher, we did not add the Halal meat to that dinner. But, since my mother and father-in-law do not keep kosher, we had dinner the next two nights at their house and prepared the Halal meat on each of those nights. It was clear that Josh’s friend enjoyed the meat we prepared. More important, it made her feel welcome in an environment that could have been awkward given the vast differences in Josh and her backgrounds.

On the last day of their visit, after touring the St. Louis Arch, we found a Pakistani grocery/restaurant that served Halal meat and had a meal before taking Josh and his friend to the airport. We had a lovely conversation which included Josh’s friend thanking us and my wife’s family for making her feel so welcome.

As we live in a world that has become increasingly unwelcome to people who do not look like us, come from different countries, or have different religious faiths, my wife and I feel that the highest value is to welcome the stranger in our midst. There is nothing to be lost in providing welcoming hospitality, and so much to be gained. It was such a great pleasure for my wife and I to see Josh so happy and comfortable with his friend. While only the future will tell where their relationship will lead, as parents, our job is to support him and it is with great love that we do so.

For more information on how I can help you accomplish effective, progressive systems change contact Jeff Spitzer-Resnick by visiting his website: Systems Change Consulting.